Instagram Announces Global Expansion after expanding its test of hidden like counts to US users this week, Instagram is now broadening the experiment to all regions.

“While the feedback from early testing in Australia, Brazil, Canada, Ireland, Italy, Japan and New Zealand has been positive, this is a fundamental change to Instagram, and so we’re continuing our test to learn more from our global community.”

Instagram hasn’t specifically explained what ‘positive’ means in this context, so we don’t know what metrics or indicators Instagram is using to measure the impact of the change.

Instagram chief Adam Mosseri has repeatedly noted that the test is designed to reduce the pressure on Instagram creators, and that the true measure of its success will relate to how it impacts people emotionally.

Our interest in hiding likes really is just to depressurize Instagram for young people. It’ll likely effect how much some people engage on Instagram, probably liking a bit less and posting a bit more, but the main thing we’re trying to learn is how this effects how people feel.

But how do you measure how people ‘feel’ about a platform or change?

Posting more often, as Mosseri notes, could be one factor – if people are posting more content, that could be an indicator that they feel more free to share. Taking note of the language people use, the emojis, measuring increases in comments and their respective sentiment – there are various ways in which Instagram could potentially be benchmarking the test’s results.

All we know for now is that it’s coming, and it looks set, at least at this stage, to become the new normal on the Facebook-owned platform.

But Instagram does acknowledge that it will also have an impact on platform influencers:

“We understand that like counts are important for many creators, and we are actively thinking through ways for creators to communicate value to their partners.”

Indeed, a recent study conducted by influencer marketing platform HypeAuditor found that total like counts have fallen for influencers operating within the regions where the test is active.

As such, and as noted by Mosseri, it would appear that a drop in overall likes is expected, which could have impacts on reach, for one, and also on influencers’ capacity to attract sponsored content opportunities. If they’re no longer attracting as much engagement on their posts, that could make it harder to sell brands on their promotional potential, while with no public like counts, influencers will also need to manually report their performance either way.

All in all, it adds complications for creators, which Instagram acknowledges – though there are, of course, other metrics that influencers can turn to in order to showcase their on-platform performance.

Business accounts will still be able to show their performance via Instagram Insights, which includes data on overall reach and impressions. 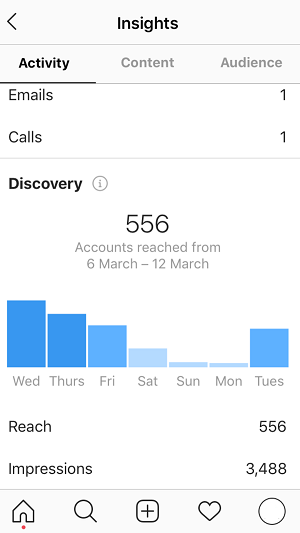 Theoretically, all influencers should be using business accounts, so they’ll still be able to self report these stats. That does mean that partner brands would be reliant on second-hand information, which could potentially be manipulated, but with the capacity to still view a list of those who’ve liked any post, even without a summary count, as well as access to other elements like total followers and comments, the loss of like counts shouldn’t have a major impact.

And while this will likely be updated, it is worth noting that, as of right now, total like counts are still viewable in all regions via the desktop version of the app. 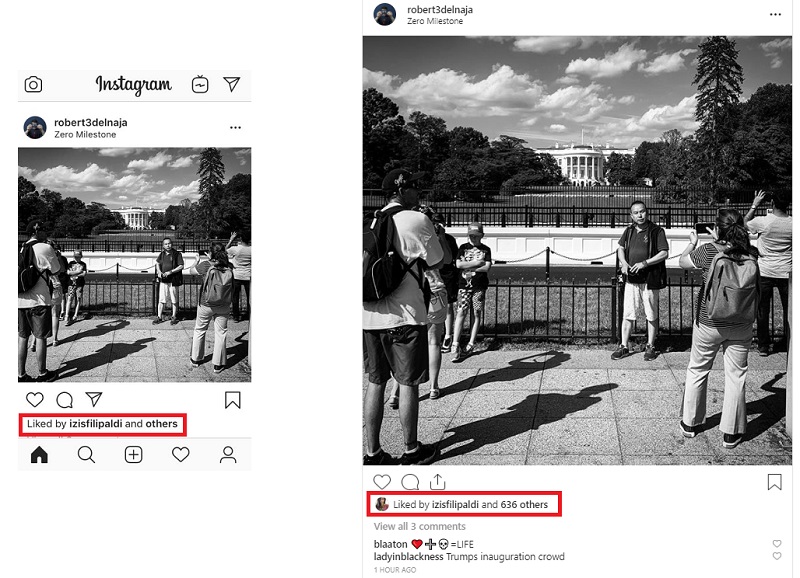 Again, that’s probably just an oversight, which you would expect to be corrected at some stage, but worth noting either way.

At the end of the day, there are various other measures which people can use to measure their social resonance beyond post likes. And when you also consider the potential positives of Instagram removing like counts, it may just be something that we should all be getting behind.

Various reports have detailed the use of ‘fake instagram’ or ‘finsta’ accounts by teenagers – under increasing pressure to post pristine, polished, like-worthy Instagram images, teens have also been setting up private, secondary accounts where they can feel free to share their goofy, unflattering, silly images, without fear of criticism or judgment.

As outlined in this Medium post by Eric Herber (from 2015):

“I first heard the term ‘finsta’ a few months ago, my friend, Caroline, pulled out her phone, we snapped a funny selfie and she immediately uploaded it to Instagram. I was horrified, how could she post a selfie of me onto Instagram without asking! She didn’t add a filter, she didn’t have a clever caption, and it wasn’t a photo I wanted everyone I know to see! I immediately said did you really just post that, she then told me don’t worry I only put it on my finsta.”

Herber goes on to explain the importance of Instagram to younger users:

“When I post a photo on Instagram I know that just about every person I am connected to in the real life will see my photo, decide whether or not to like it, and then judge me subconsciously. Because of this, Instagram is seen as a huge stressor for many teenagers. Your Instagram defines who you are.”

You can see, then, how eliminating like counts, even if it may seem like a relatively small move in more general terms, could have a major impact.

Indeed, a study conducted by The UK Royal Society for Public Health back in 2017 found that Instagram was the worst social media network for mental health and wellbeing among teens and young adults, with the platform closely linked to issues with anxiety, depression, bullying and FOMO​.

It might take a little more work for influencers and potential partners to both showcase and measure their on-platform performance without like counts, but if Instagram can make inroads on these concerns through such a change, that seems a very a small price to pay.

As Mosseri himself has noted:

It might be annoying, it might take some getting used to. But if it helps relieve the stress on vulnerable users, so be it.

Importance of SEO in Social Media

7 Benefits of Social Media for Small Businesses and Start-ups